PREVIOUSLY ON #ADMP: This is still ADMP’s most ‘out there’ interview, EVER! Last week, we interviewed on this BLOG, an entrepreneur, comic book publisher (ZeBra Comics) and visual artist, E.N Ejob, and,…and ALIYA, the cartoon character designed by Zebra Comics; She’s hijacked the interview, and we basically had to slice it in three parts, so that you get the full gist of what #ALIYA had to say, before her BIG DOWNLOAD on the 12th of August !!
We apologize for potential 2D disruptive comments…

According to the ‘Urban dictionary’, a ‘ALIYA’, is the perfect matching partner for you, and your ‘Personal Love-settings’ !!
Ex:
Dude1: She’s incredible! How did she knew my mother’s birthday?
Dude2: Your motherF…hum! Sorry… Birthday? (Coughing) That’s special…

Dude1: I’m still blown away! We never mention my mum before.. I’ve never told her …anything !

Here’s the ‘drift’, #ADMP with E.N Job, that multi-skilled creator, was probably slightly ‘gaslit’ by his own creation, and we ALL kind of ‘lost the plot’ in the previous episode on this very BLOG…but who wouldn’t by the way? :))

ALIYA ⇒ AL-I-Y-A, is a formidable force of nature and, we might have to all agree with Zebra Comics, when her origin story is introduced in such eloquent ways: 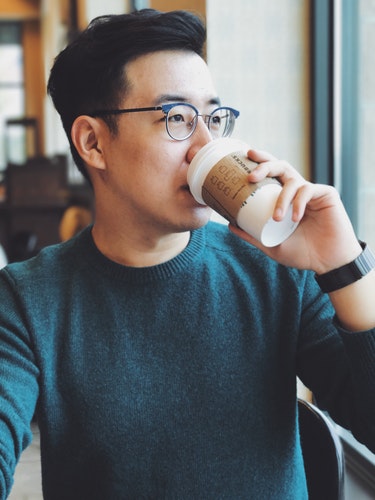 “ ALIYA is the story of a young woman, she’s a translator, she’s independent, she’s strong spirited but not without her flaws. ALIYA is a story of a globetrotting woman in the corporate world of Africa. All in all, ALIYA is geared at inspiring young girls to work, to earn and to be strong in the face of a male dominating society.” (EN Job)

‘DRIFT-MARKETING’:  It is according to the same very ‘reliable’ source, a type of  conversational marketing, with its ‘wrong’ avatar in Social media, known as  “Coffee-table Social media”⇒ You can spend a pleasant enough afternoon with friends, ‘smart-coffee’ (Starbucks-style) and avocado munch‘s,…at your local coffee shop, just reading social media posts from your self-curated favorite list of influencers and ‘Online funny heads’ ! …without learning anything ‘meaningful’… :(( 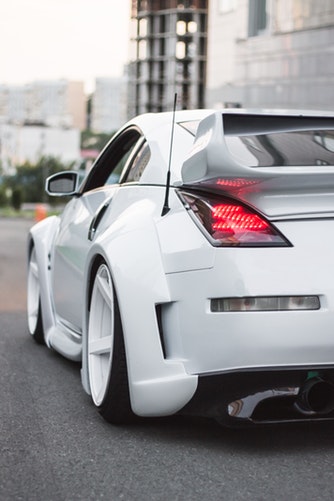 ————————>  On a more ‘serious note’, remember, that conversational marketing, is a type of online marketing, that will try and humanize buyer’s experience by utilizing, for example, chatbot (automated or not) to, create ‘Live’ relationship between your team and your client :)) <———————–

We will keep our promise to interview those two (Job AND Aliya) and hopefully, will catch up with you and your million dollars project at the end of it: #EnjoyReadinG! :)) 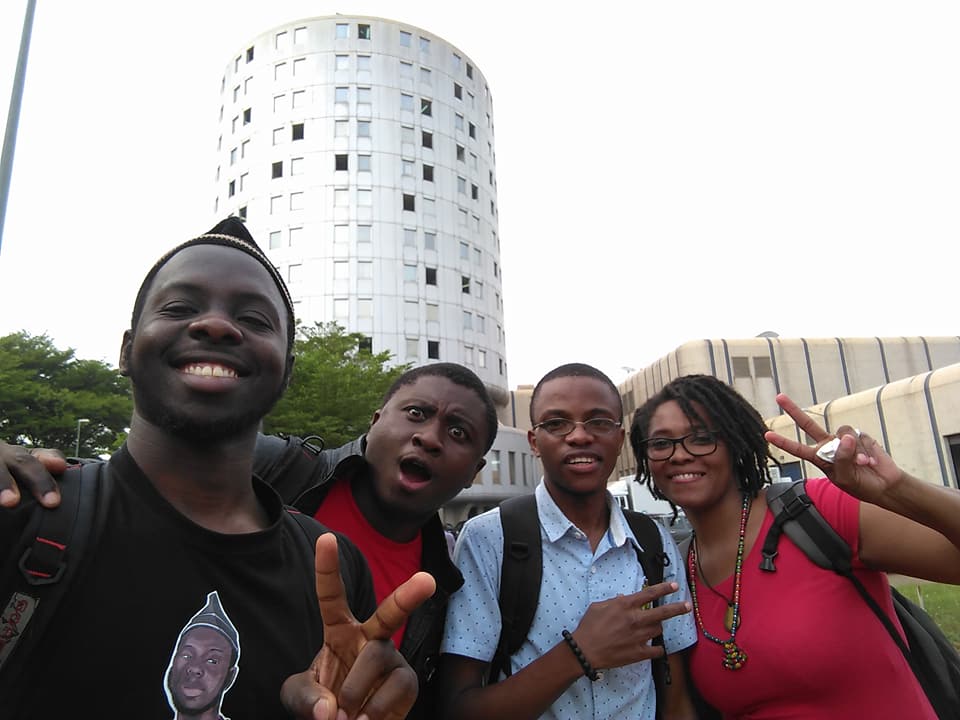 EN JOB: Interesting question. It is not easy to make money from comic books, neither is it far fetched. However, our society has its particularities that make it extremely difficult to make money. However, we do believe we have to solution to this. The problem comics don’t generate enough income in Cameroon, or Africa,in particular, is simply because of lack of content. There are not enough comics to attract the public eye.

ALIYA: I will also add that, this scarcity has ‘FAKE NEWS‘ written all over it!! ==> It has given the impression that people are not interested in comics at all. However, when we did a market-study two years back in the towns of Yaounde, Douala, Buea, Bafoussam and Bamenda.

We then realized, that it was far from the truth! And with our current sales records, it only stands to affirm that there are many comic book fans out there, but there is not African content to gear them towards African comics. Zebra comics has therefore taken upon itself to make the comics available as vastly as possible.

However, this is a slow process.

‘An Individual can bring change to the status quo, but when teams come together, they bring evolution‘ (#ALIYA, Power-Girl) 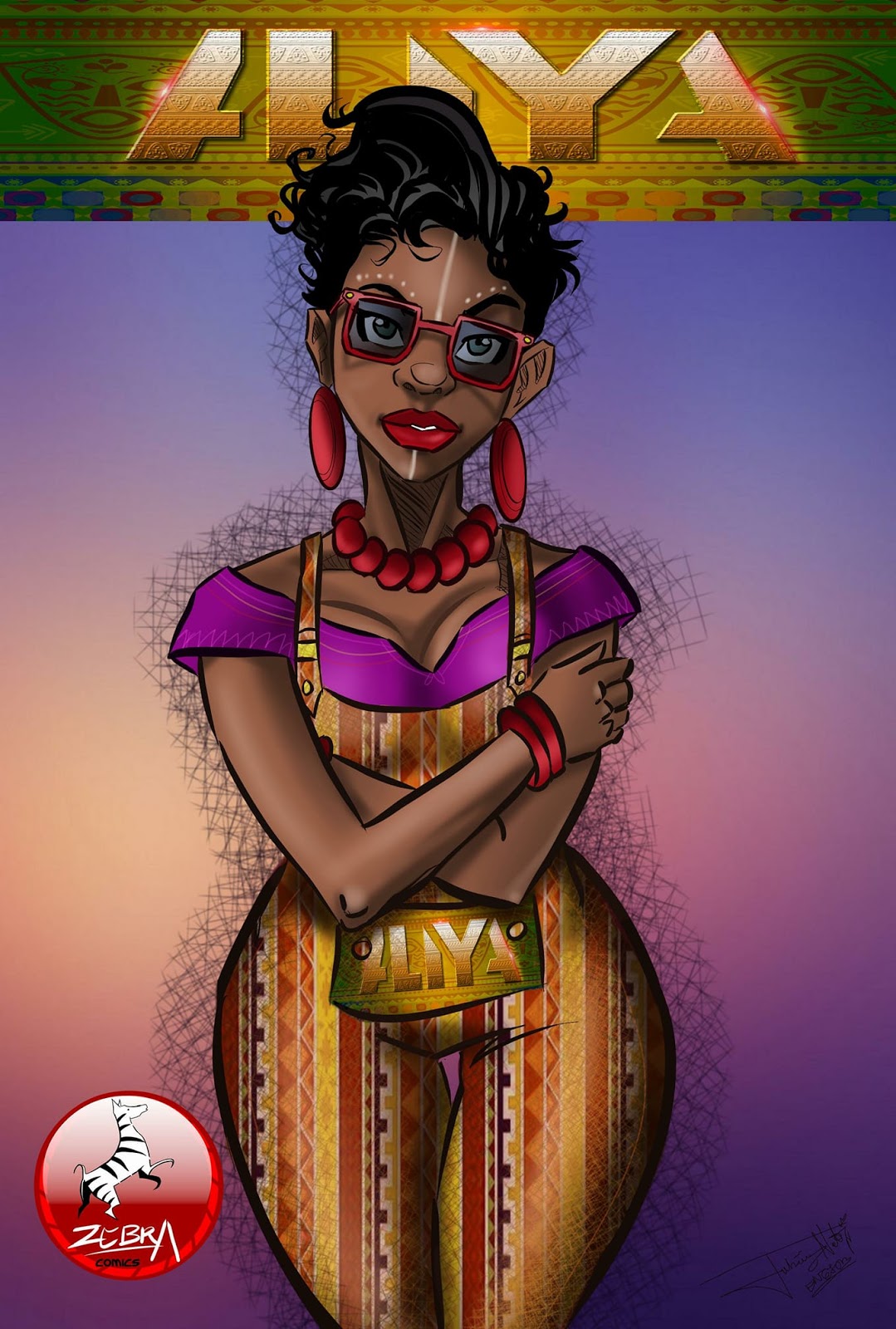 2.#ADMP Awards: Do you have numbers to back up your claim for your ‘inception’‘success’??

EN JOB: We have acquired sale space in some shops but we are working to increase them. In Yaounde, Cameroon, downtown at “Poste Centrale”, we have Librairie des peoples noirs that sells our comics; ALIYA, TOTEM and TUMBU. In Duala, we have LIPACAM in Akwa opposite Mahima, and in Buea, we have Em-Jay’s supermarket. Many more spots will be advertised on our page subsequently.

ALIYA: Keep it 100%’ too by reaching out to us: You can find our comics on www.amazon.com or simply get it through the SHOP BUTTON on our Facebook page, or from www.editionsakomamba (The website of our publishing partner). 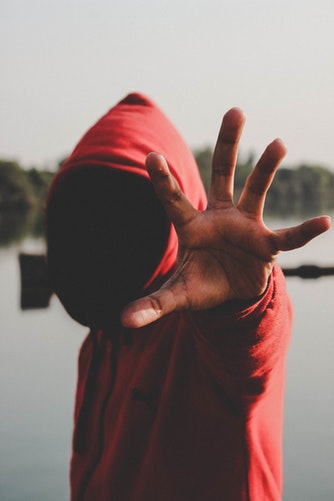 EN JOB: We printed 500 copies when we started print copies in November 2017 and we sold over 475 copies. In April, we printed a few thousand and have sold ¾ of them. The next part of all the series comes out in September 2018, so we shall know more by then. 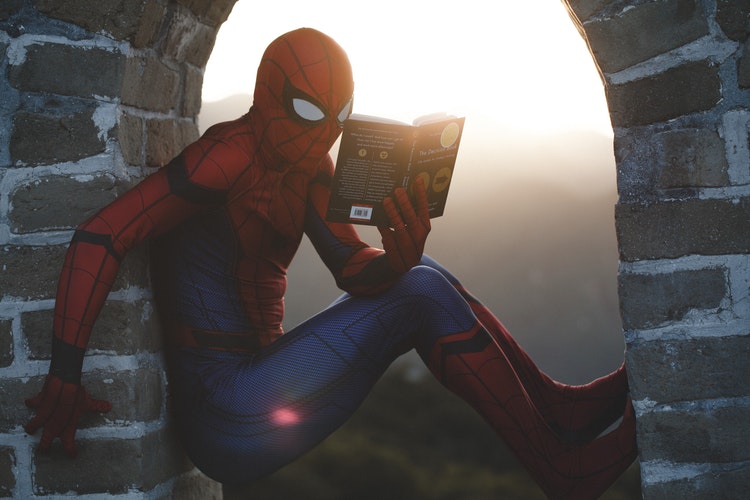 4. #ADMPawards: Thanks, ALIYA, you seem ‘quieter’ today…:)) – What are the main challenges that you had to overcome, when building this ‘mini-empire’ of yours, Zebra Comics? And…let’s frame that one right… i guess my follow-up question, would be … How can ADMP help you?

ALIYA (Jumping in): Stay in your lane, ADMPer !! …Our difficulties, at #Zebra Comics,  are quite numerous but one stands out:  Man power. !! Dare i say, “Girl Power”?? ==> There is not enough skilled men and women to power Zebra Comics, to its objectives ! Zebra comics puts out only international standard comics in both story, art and print quality. And to maintain this unique identity, we need only skilled labour.

EN JOB: We decided to hire an army of artists to help us produce many comics, but for some reason, many seemed scared or suspicious. This boils down to what I was saying about teaching youths to dare. There are many talented youths who do not believe in themselves strongly enough to join our venture ! 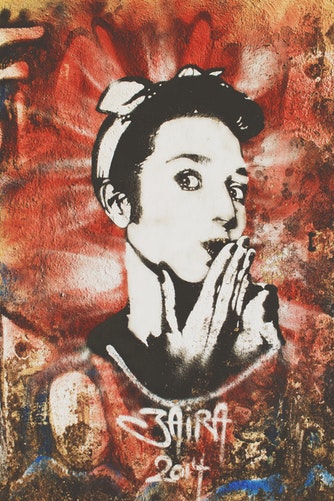 5.#ADMP Awards: Wow! Let’s dare!! And…How did you get out of that problem?

ENJOB: However, we have not stopped encouraging artists to join us. We keep putting up ads to hire them and we will continue to do so. We are encouraging creativity and we want to drive content creation.

ALIYA: ADMP is already doing a great job, helping us to spread the word through social media in particular and through this interview, but if I were to be a female Oliver Twist, I’d request ADMP to partner with us , share African comic book art and to share these opportunity with other comic book artists. We are still hiring comic book artists by the way! You may follow this link for more details!!

‘There are many talented youths who do not believe in themselves strongly enough to join our venture !’ (ALIYA, Zebra ComicS) 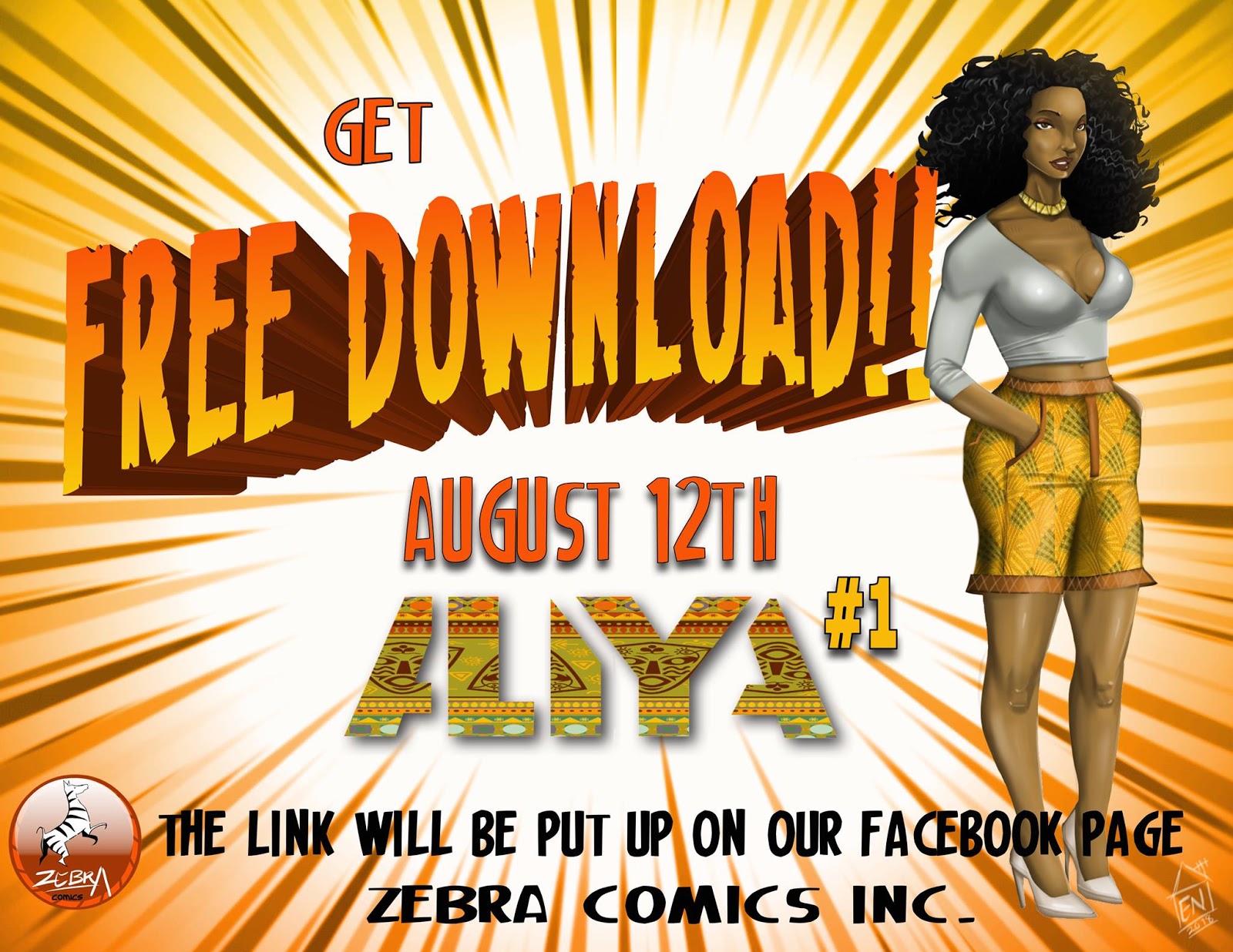 6 . #ADMPawards: We can ‘roll with that!’ ⇒ #ADMP does pride itself, in being part of some sort of a 21st century ‘Digital Renaissance’ movement, where arts and technology will merge and create new technological concepts, to solve humanity’s long-standing problems ! :)) – And, we have ‘kind of’ already started by partnering with this event: “BLOCKCHAIN AND THE MUSIC INDUSTRY: CONNECTING ART AND TECHNOLOGY?” It was our partner’s latest July event, in Paris, on the 18th. What do you think about this type of initiatives?

ENJOB:  Anything that promotes art and creativity always attracts my attention. I think the initiative like any other put up by ADMP is quite laudable and should be heavily supported. Do not forget to tune in on the 12th of August.

ENJOB: (Gaslit, again?) You speak ‘Frenglish’, too.. Hum…You can download ALIYA’s COMIC BOOK, here on Sunday the 12th of August, or our Facebook page, not before, nor after !!

7.#ADMP Awards: Don’t we all love a corporate plug’ here and there, in the middle of an interview… :))

ALIYA: Going back to your question…

– We start to understand why she has SoooOO many readers, she’s just goes about ‘charming’ the room, when ‘she’ feels the need to … –

ALIYA: ..Yeah…as i was saying… An Individual can bring change to the status quo, but when teams come together, they bring evolution. So the ADMP teams has ALIYA’s full support on this.

9.#ADMP Awards: Great stuff, Aliya! :)) .. What about partnerships? Do you guys, partner up with…

JOIN US NEXT WEEK, to carry on this fascinating “Roger Rabbit”- like,  interview ‘ALIYA 3/3’, with a creator, Ejob Nathanael Ejob and its creation, full of ‘Attitude’ and ‘Fierceness’, ALIYA !!

We will encourage ADMPers to visit ZEBRA COMICS Facebook page:  www.facebook.com/ZebraComicsInc/, on the 12th of August for the famous ‘Free Download’ (and SKYPE?) of ALIYA’s latest Comic. get to know them, and order  comics like ALIYA, TOTEM and TUMBU offline and online through www.amazon.com.

ENJOB: I’d encourage readers to visit our Facebook page www.facebook.com/ZebraComicsInc/ , get to know us, order our comics like ALIYA, TOTEM and TUMBU online if you’re not in Cameroon, through www.amazon.com.

ALIYA: And lastly to the African youth, I say, DARE to be creative !! 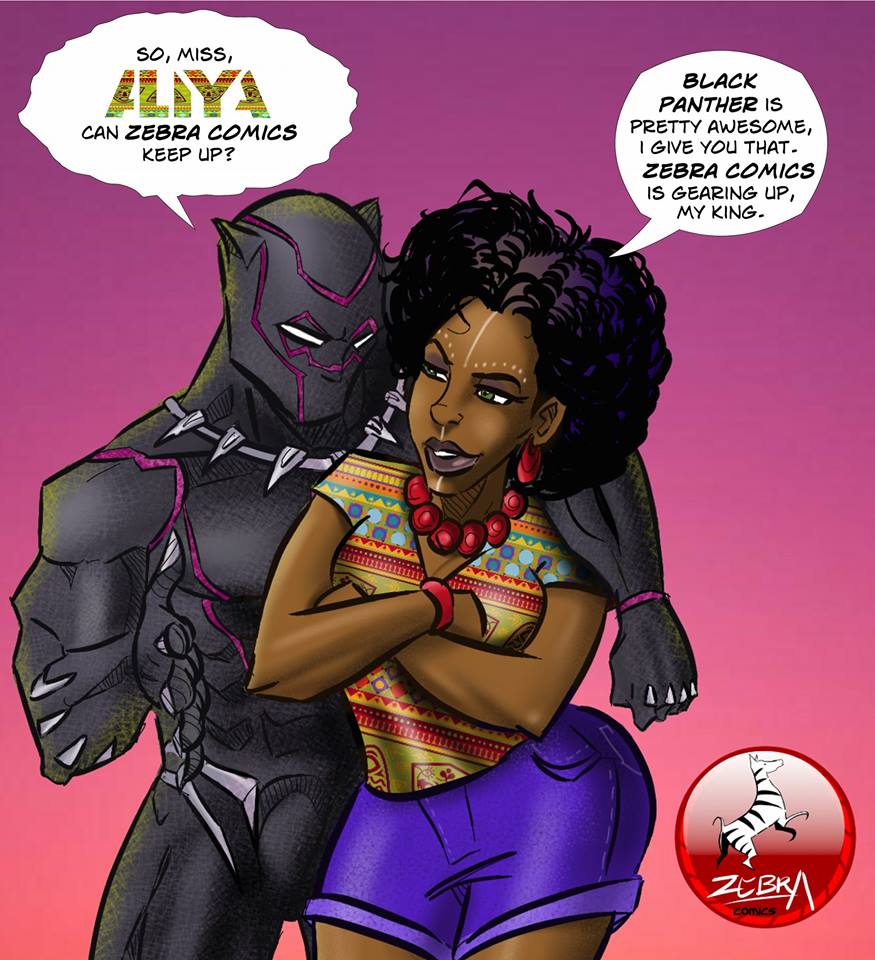 Website: www.zebracomics.com (We are currently making changes to the site)

Send mail to: teamadmp@gmail.com and joins your logo + Pictures from you and your team!

#ADMP is SELF-FUNDED, PLEASE TIP US: