#YOOSTART: THE NEXT B2B SOCIAL NETWORK ?

#ADMP CHATBOT: We have a Global and Local audience, hence the ‘GlocaL moniker‘! 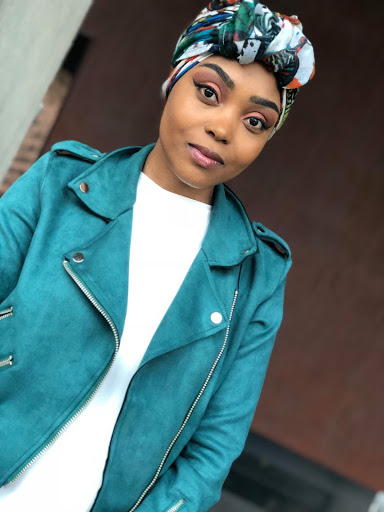 Here we go again!: When it comes to networking, entrepreneurs should take that skill very seriously. The top entrepreneurs are often the top networkers.

It kind of goes together.

Your Business Network, when well-balanced and ‘goal-orientated’, should help you raise funds, hire key staff, and generate strategic partnerships.

The Digital inception rule of thumb, request you to do at least, 1 partnership per month.  → Investing in your networking beyond your Linkedin profile, of course, is a ‘long game.’ It is a ‘long game’ where short-term gains are quite difficult to assess.

#AHM and #YooStart are trying to make the whole experience, more palatable, enjoyable and ‘goal-orientated’ for startupers.

Which is how ADMP got in touch, with #Yoostart in the first place.

#ADMP is quickly checking in this 2 part-interview, how she put her ‘networking package’ together for today’s businesses…

1.#ADMP AWARDS: Please introduce yourself and your organization, Yoostart ?

ANRIFA HASSANI-MZE: Let me first thank you Hermann for this interview and the spotlight you are putting on #Yoostart.

2.#ADMP AWARDS: Hmm..flattery will not divert us from our aim, AHM! :)) – But it is always appreciated especially, on behalf of all the ADMPers!

ANRIFA HASSANI-MZE: You’re welcome! My name is Anrifa Hassani-Mze. I freshly decided to quit my previous position, in order to setup my own social networking business for entrepreneurs (#B2B).

My last professional experience as an employee, was as a customer care service manager.

I was looking for more challenges: So I started helping small businesses in and around me, to grow their networking tools. 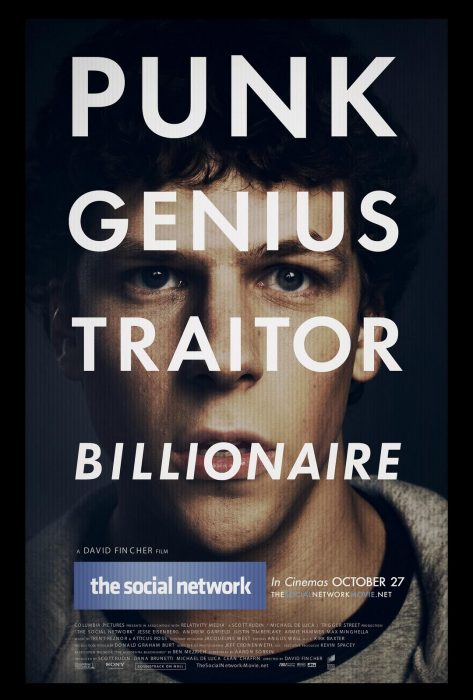 #AHM : I used to dream….Let’s say i used to wish for a dedicated online platform, where I would be able to find new partners, commercial collaborations, tools and advice for business development or just find people sharing the same professional interests.

Then one day, I stopped dreaming about  and created it.

B. #PUNK, GENIUS OR NETWORKER? 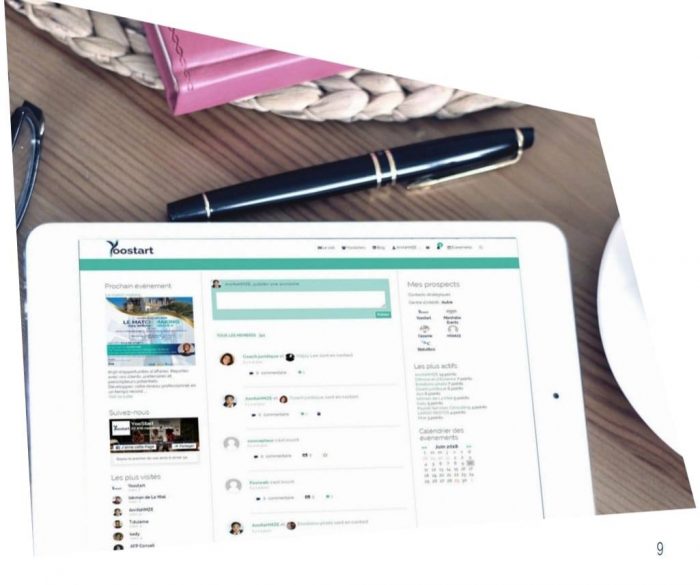 3.#ADMP AWARDS: Sheeeeeit !-That famous ‘Millennial woke’ moment…(Suspicious) …Yeah we’ve heard about that: You got ‘lit’ by a flow of mind-blowing data, right?

Then all of sudden, what was ‘foggy’ started clicking ‘into gear’ and sounded ‘clearer’ in your mind –> And, you can now hear the ‘music’ of Data and see ‘through’ or beyond the ‘Data-fog’, right?

#AHM: Maybe…But, in any case, Yoostart was born in 2014. At first, it was aiming at matching entrepreneurs with their potential clients, only.

Then it went naturally through a Business to Business networking space and became, the social media platform of choice for young, up-and-coming entrepreneurs – It has now, more than 370 members. 50 joined in the last 2 months !

‘Then one day, I stopped dreaming about it, and created it!’ (AHM) 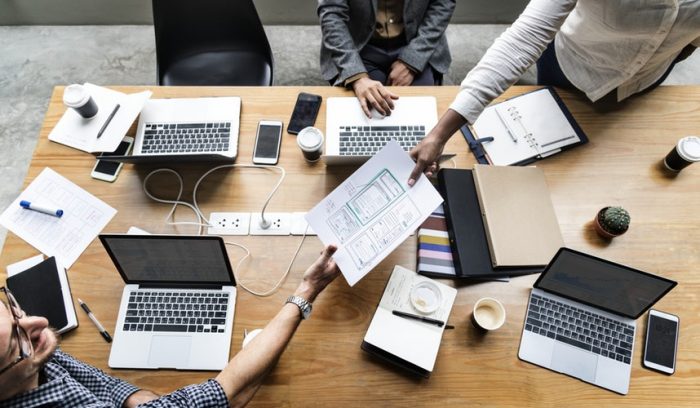 4.#ADMP AWARDS: Thanks for bringing us back down-to-earth! :(( – What are you REALLY trying to achieve with that event and by basing it in France, are you part of the #Frenchtech?

We want them to GROW!

5.#ADMP AWARDS: Sheeeeeit! It does remind us of our very own network. We had the same hang-ups, and complaints.

Until one day, we decided to do something, rather than complain and feeling sorry for yourself, or your community

#AHM: You’re welcome! Although we’ve just launched the network in its ‘alpha-version’ and would love to join the #Frenchtech, now, yeah! We shall see you next year! :))

– ‘The wolf of Wall Street’

– ‘The Pursuit of happiness’

7.#ADMP AWARDS: Impressive choice! :)) – Take us through the typical profile, of the people attending your Yoostart event? 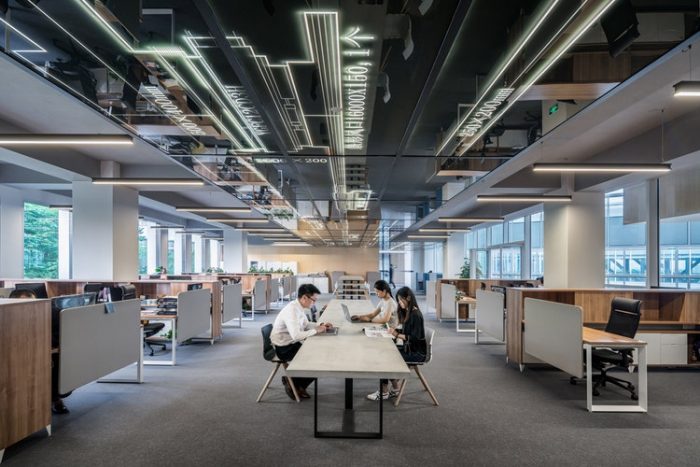 #AHM: Our Network is made for small businesses leaders who have just created their own businesses, startups or are about to do it. Our community is mainly located in and around PARIS, France. However, we do have members from all over France and beyond.

‘We’ve gone GLOCAL‘ too: Recently we got subscriptions from Belgium and Bamako.

All our members are mainly looking for visibility, tools and advices to grow up their business but also find people who share and understand their professional needs and wants.

It is much more easier to do business with someone who knows what you are talking about.

Everybody knows that being a startuper is not so easy, but only another entrepreneur, can really appreciate what he is going through.

7.#ADMP AWARDS: Sure! People say that in Basket-Ball or sport, in general →

Only Game can recognize Game !’ → You have to be a ‘Baller’, to judge accurately another ‘Baller’s game!

#AHM: I’ll think about it, next time I watch an NBA game! Going back to the interview…

8.#ADMP AWARDS: Sorry…We got a bit ‘carried away’ ..Let’s go back to your ‘typical’ #Yoostarter profile ??

#AHM: Again! I see (smirk)… Yoostart is providing a space where to find ‘like-minded’ professionals, break out of your daily routine and do business at the same time!

It is a safe and much appreciated ‘feel-good’ space for entrepreneurs!

D. #HAVE YOU BEEN ELON-MUSKED?

9.#ADMP AWARDS ‘Entrepreneurs Yoo!’ as P.DiddY would say! I hope we are not getting  Elon Musked?

–> We apologize, for the bad pun :(( – How many peoples attended your event, in previous years?

#AHM: We organized our first business meeting on June 29th 2018 and got 30 participants. It’s a special event based on qualified profiles and business MATCHS. We were waiting for 30 peoples and got them.

The next edition will be on September 22. We are waiting for the same amount of participants.

When it comes to this particular event, the goal is to create business relationships and enhance collaborations within our core membership to strengthen our ties, thus strengthening our own network, and enabling them to rise up…

JOIN US NEXT WEEK, for the follow-up to that awesome BLOG POST by :