ALEXA, SHOULD I FIRE MY #Community Manager ?! – Part III

THIS WEEK ON ADMP: We TRIPEAT  with another article about social media  management, or .. question to  ‘ALEXA’: Should we call it rather  social media MIS-MANAGEMENT ??

This is the third part of our first post: ‘WHY you should fire your #CM! ‘, and it is not-sponsored by Amazon’s ALEXA ! 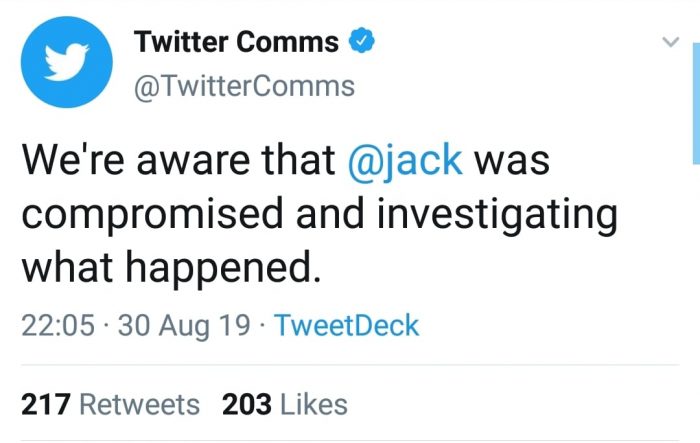 THE INTERNET IS STILL UNDEFEATED !

>> Lisa Leslie is the best female basket-ball coach of all time’ and congratulations to her!

We also hope that all the feuding brothers in southern and western Africa will find peace and solace as soon as possible! 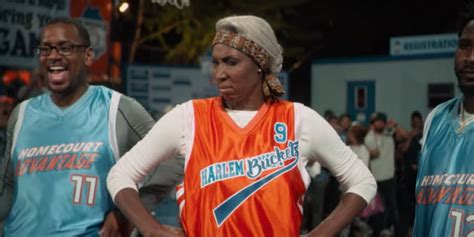 The call to action was from our ADMP community to ALEXA, the Amazon’s artificial intelligence system:

‘ALEXA, how should you organise your social media team ?’

To which, ALEXA replied with Dave-Chapelle-Like deadpan wit : 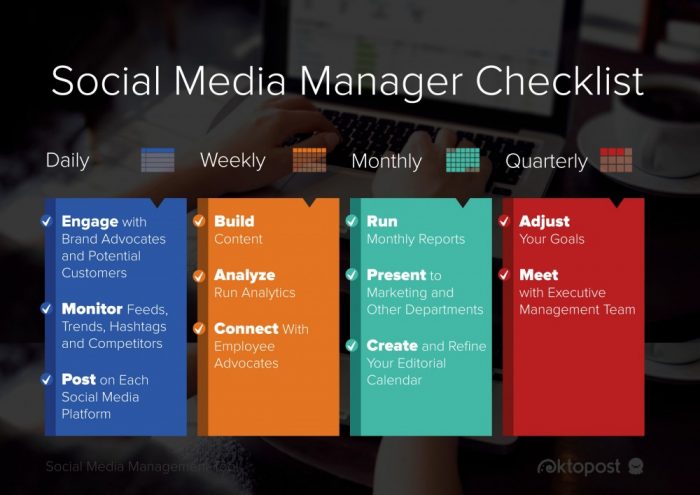 ‘Don’t get mad!’ and keep reading what we have to say;

Even ‘Dinosaures’ will learn something from reading our #ThinkPiece ! :))-

Last week, we talked about the role of the #CSMO (Chief Social Media Officer) and the company culture compliance.

It is  an interesting subject to tackle and it should require several blog posts.

This will definitely expand the notion of ‘Branding’;

It will surely expand the definition of company branding beyond what was previously thought about, ‘Corporate branding‘

The issue of speech compliance and opinion compliance, as highlighted in our first post on the subject.

The Digital Inception –> A set of digital processes enabling the fast-spread of a message or a concept in order to impact reality and measure it, via analytics!

At the beginning was the blog, then came social media ..

Opinion compliance is : A set of guidelines, rules and keywords-list that will guarantee that the opinion expressed in your message will be deemed as fit for the general public consumption. 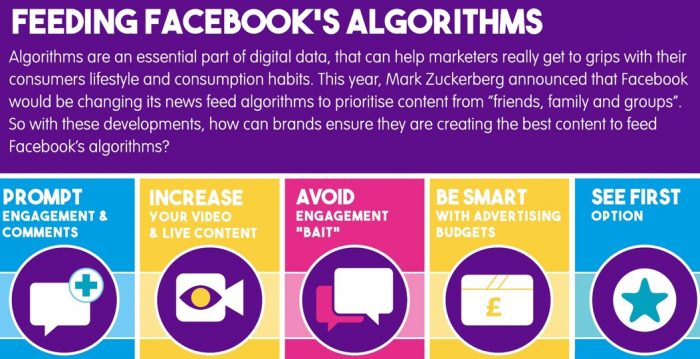 Speech compliance: A set of guidelines, rules and keywords-list that will guarantee that your discourse will be fit for specific public consumption.

Inside any corporation, the company culture will have to define its own speech compliance rules and guidelines.

–> We have stressed in previous posts, the importance of a company’s E+Reputation as well as, digital legacy:

Anything, you say or publish on social media, could be used against you in 2, 5, 10, or even 100 years from the day you published, streamed or broadcasted it.

Do not confuse it with #WRONGTHINK: Which are just intellectual thougths that are judged ‘not acceptable’ by the community you operate in.

That is why a ‘stagiaire’ cannot be in charge of your social media channels without supervision.

1. This why you have to consider your global social media strategy, as a digital inception

2. This is why you should update your rules and keywords at the ‘speed of the internet’ and have systems in place to query the web on a regular basis (every 3 months? Every 6 months?) .

4. This why social media marketing is ONLY a part of the entire social media effort of an organisation, or a company ! 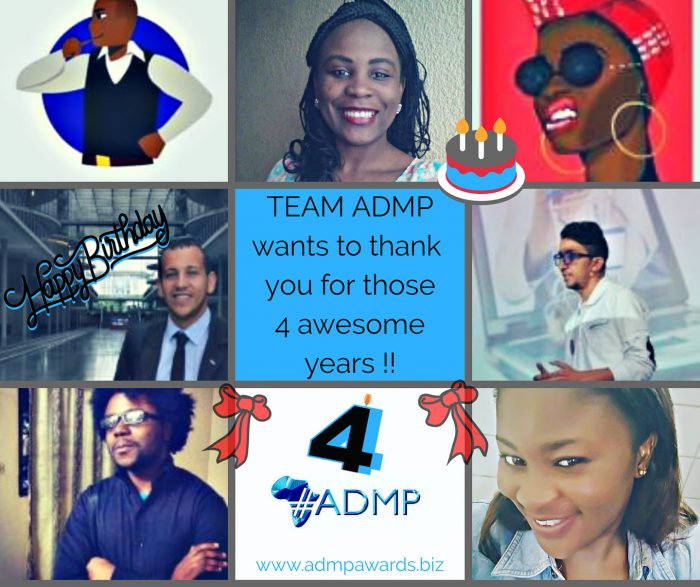 A concept, a ‘storytelling‘, to project the narrative of your brand, organisation and company culture, to the outside world and inside your company, or organisation.

Now, let’s look at another aspect of what we should expect from the Team Social Creation:

Team social media content creation : To put it simply, you basically expect that team to be highly creative.

High staff turnovers would not be a surprise, if you want to keep your audience at an ALL-TIME positively engaged with your content. >> We call it sometimes the BAUMGARTNER Effect:

On 14 October 2012,  Drink-making company, Red Bull kept the world gobeless for hours by dropping a man, Felix Baumgartner, from the sky, during its “Supersonic Freefall” and never once, reminded that it was a Soda brand, that sponsored the ‘Internet-Breaking’ moment !! 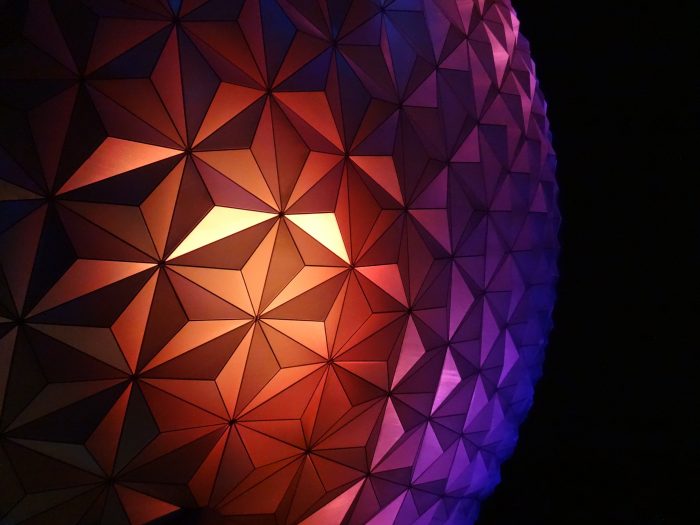 Ex: It reminded ‘Corporate storyteller’ that you will have to not only be creative, but also  “up the stake” if you wanted to retain your fans and followers attention!

==> After all, it is the “Attention Industry” that is Social media, that sometimes will demand it!

Which is why that  ‘Team social media content creation’, will have to be HIGHLY-CREATIVE, to come up with ‘BAUMGARTNER-LIKE-MOMENTS‘, every times their online traffic drops for example! 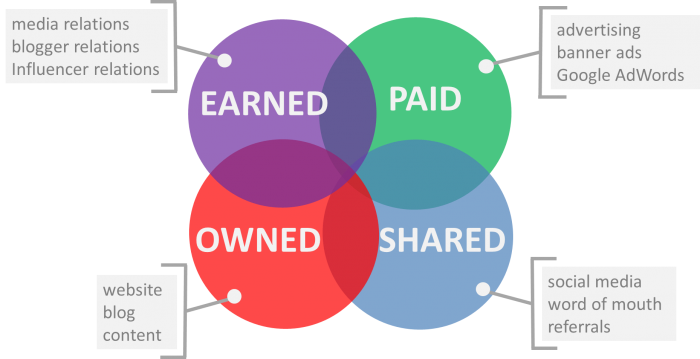 3: Flair, creativity and technical wizardry are required at a premium in these positions.

4: Great content creator can ‘build you’ a community in a very short time !!

CONTENT-REMIX : Piece of used content that was not originally produced by your ‘Creative team’ (Or ‘Cardi B Content’)

What is the end-game?:

>> Earned media and conversion! And in the FUTURE? –> User Generated content ! (#UGC) 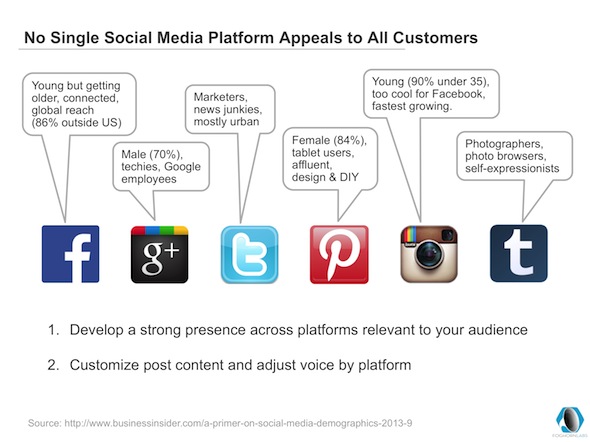 User generated content is the ‘apex’ of the social media manager experience. It is akin, to ‘Letting someone else do your job for you’ ! :))

Ultimately, you want to create, build, nurture, grow a strong community, that is self sufficient!

–> The task left to you is to  ‘monitor’ the flow of content produced by your communities, monitor the ‘spikes’,  ‘disruptions’, and then, act swiftly when they happen.

Human beings are difficult to ‘put in box’!

Just ask Rohit Prasad the ‘brain’ behind Amazon’s Alexa, the artificial intelligence system, which answers your queries as soon as you call “it” by its name:

Monitoring human behaviors is complex and would require several ‘Humanities’ that have to be mastered at the same time, by the same system or software!

>> Let’s face it the perfect software to monitor human behavior, does not exist!

That machine would have to be able to assimilate, understand and act upon several humanities:

Communties and their opinions, are and will never, ever be STATIC ! –-> You will monitor their mood swings and simply be prepared to adapt and change !

And one more thing :

STOP ASKING YOUR #CM or ALEXA for that matter:

1. Only ‘Gurus, artists and magicians’ can ‘answer’that question…

.. A Social media manager will rather work for example:

A. With analysts and data scientists-minded Social Media teams, whom would post every hours  everyday for 1 or 2 weeks, to TEST and BUILD its community, and THEN ..

B. Come back with social media analytics and charts showing impact metrics as created by your community: It is only after calculation, that your team should be able to deliver you potential trends towards your

> Outside of that method, you are dealing with “Gurus, artists and magicians” who rely on “Feelings” or “previous reading of a blog”, to answer that question ! :

WHAT IS THE BEST TIME TO POST ON SOCIAL MEDIA ??

2. Weekly analytics observations will get you closer to that PRIME TIME over time and after a process called ‘Social Media Optimization‘ (#SMO)

If you’re doing social media right, you will piss some people, off! ‘  (G. #Kawazaki)

THE FOURTH ELEMENT –> With a fourth component being part of all three teams, discussed above  : 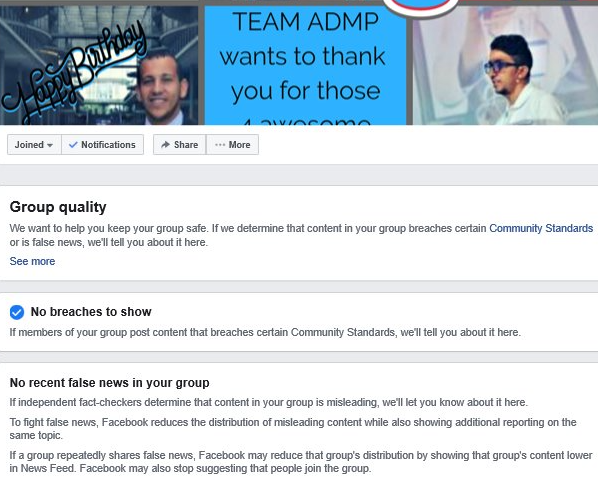 The content creation social media consultant: Will have a technical background in video and sound editing, photography, video, coding, …

The content creation social media team is of course, staffed with :

#CommunityManagers: Community managers know how hard it is to post on several platforms

–> It can be time-consuming and overwhelming at first.

Each social media platforms bring its own specific requirements in term of size, length and formats of any files, you want to share or post, on their platforms.

We will give you some examples, below to make our point clearer: 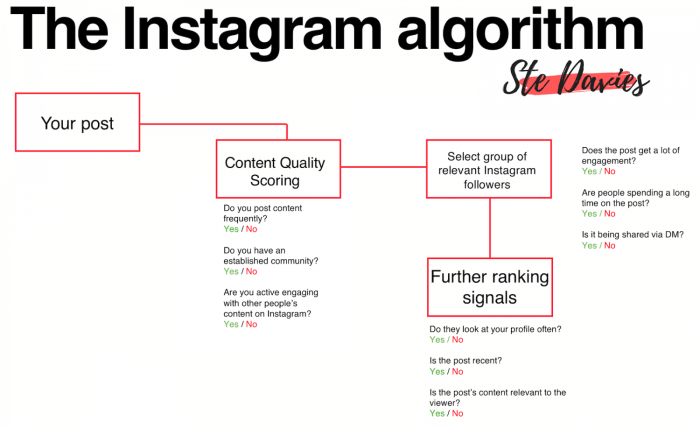 Understanding and dominating the #IG ALGO ! :)) –

Ex: Design compliance on the internet is ‘all over the place’:

Some websites will use MP3, or MP4 files, some would accept PDF, some won’t …or it will be a particular picture size and formats, etc..

That team, would also have to  deal with the numerous design compliance issues.

Or, transfering an MP3 file into an MP4, or deciding wether using the entire ADOBE suite for design,etc, etc…

#GremlinSocial is an interesting tool in that respect, for your social media #Fintech compliance!

Each platforms has its own algorithm requirements. Algorithms that will get updated at least, every 3 to 6 months! –> You must keep a close-watch on those algorithms changes !!

Ultimately, you want to create, build, nurture, grow a strong community, that is action-led and self sufficient! (#ADMPers) 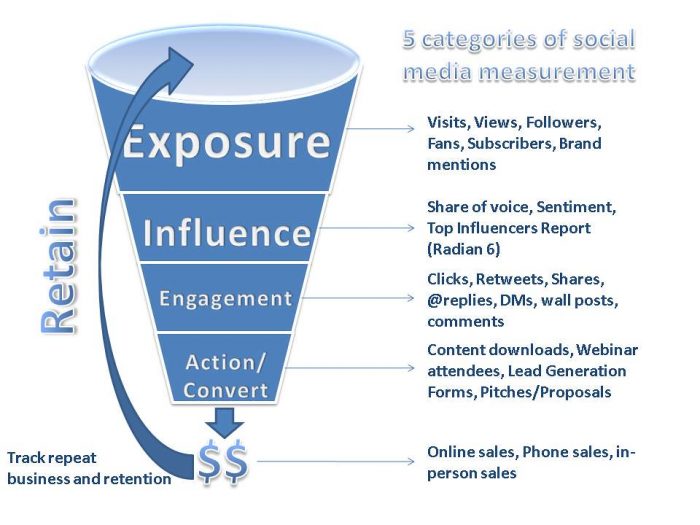 Beware of the fact that social media guidelines and policies are great tools, but they shouldn’t take away the creatives juice from your team.

Your team still has to fight and win the ‘Meme war‘, a ‘war of the mind and culture’ that is currently taking place all over the internet!

The ‘cultural war’ that took place from June 2015 until November 2016, during the latest US Elections, opposing Donal J. Trump, Hillary Clinton, Bernie Sanders, Jeb Bush, and all.

It was the greatest ‘Meme War’ of all time so far, with potential outside influences, and the outcome is well-known, or read it, here! 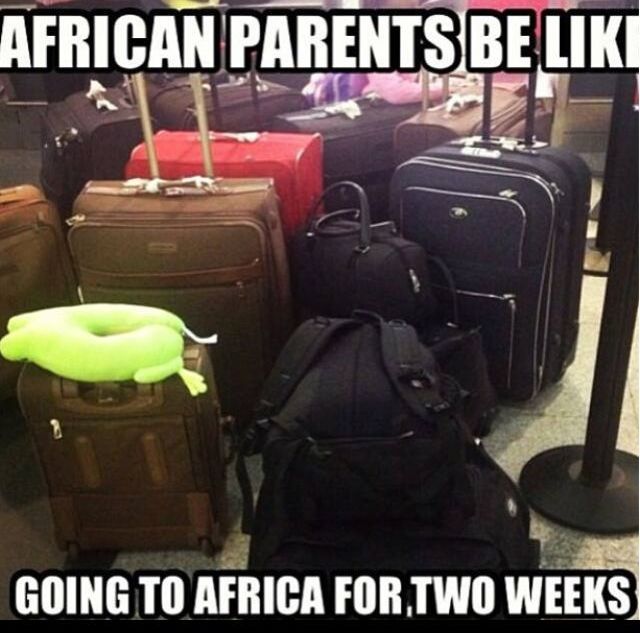 Where your team can gather data and analyze it.

4. Build a strong social media culture in your organization or company, overall.

5. Build strong communities around your projects.

The Internet is still UNDEFEATED’ as some might say, and it can SHIFT OPINION, as proven during the ‘Arab revolutions’ of 2011 and counting, or the US Elections.

> Social media proved once again, that it is much more than a ‘marketing tool’ !

However, it is extremely granular and complex, using and relying on all sort of protocols, sometimes in conflicts, and overall working together…

C/ ALEXA, WHAT DOES THAT MEAN? 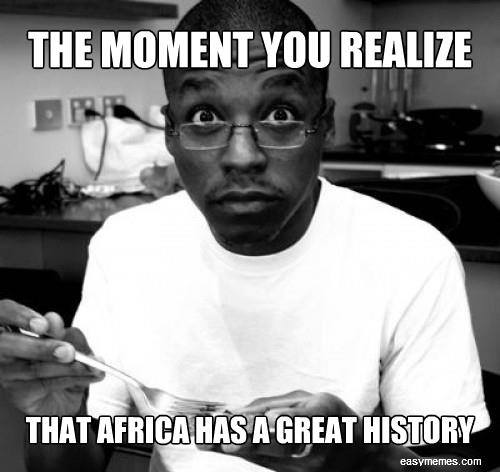 It means that is a ‘nightmare’ to conform your message or content to the different platforms, where you intend to post it.

Those rules will often dictate processes, and formats.

Those rules will drive up cost, format size, and passwords storage ‘nightmares’!

Those rules, will require from your team to update and upgrade the skills required to conform to each platforms you may want to post on !

–> Be patient with your team ! Results will be ‘slow’ at the ‘beginning’ …

Ex: #StickyPasswords is quite useful as a password manager for example ! 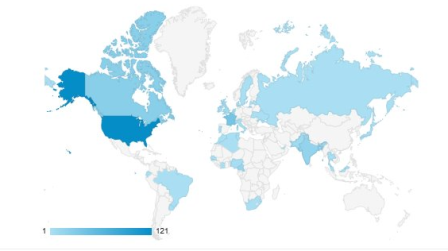 Technical and coding skills will be highly needed in this department.

Only a strong technical and creative team will win that war!

Make sure that all members of the team has a strong background in community management or social media and is trained on the requirements of internet culture, first.

–> This, will alow’speed of thought’ and a strong bond between the team members.

–> ALEXA SAYS : Be patient with your team ! Results will be ‘slow’ at least, at the ‘beginning’…

We invite you to have a quiet look at it and to reply to us in the comment section, as you’ve grown more and more eager to leave us a lot of kinds messages, this year !! :)) –

ALEXA, WHAT WILL HAPPEN NEXT WEEK ON #ADMP ? – NEXT WEEK: We will explore the complexity of social media community building and the search for the social media KPIs  ! :))-