Q_INFOSYSTEMS: FROM STARTUPS TO SMART-UPS !

PREVIOUS WEEK ON ADMP:  We broke down some of the key aspect of Online Electronic Quantum Influence, or Q-Influence

</>  At the heart of that particular game, lays an INFOSYSTEM :

It is the sum of all interactions, information feeds,  and connections with other partners, data providers and receivers, that are necessary for the survival and growth of the business, organisation,  or Q-Influencer.

You will expect that infosystem to be geared towards delivering measurable value to your organisation, business or individual needs.

As we keep explaining throughout this Blog, this Infosystem shall be underpinned by the Blockchain technology. Hence the podcast that we are electronically inserting below – It is #BDB4 and our guest this week is :

and founder of the STARTUP LEADERSHIP Program in Paris.

Looking at the Q_Influencer situation. We figured out that basically the best or the most natural setup for the Q_Influencer would be to evolve within an incubator and even better, a startup.

An Electronic influencer should Boostrap its career and its ‘Digital Inception’,  the way you Boostrap a startup ! (#ADMPer)

… Away from the job of the Electronic influencer, comes the social media manager: 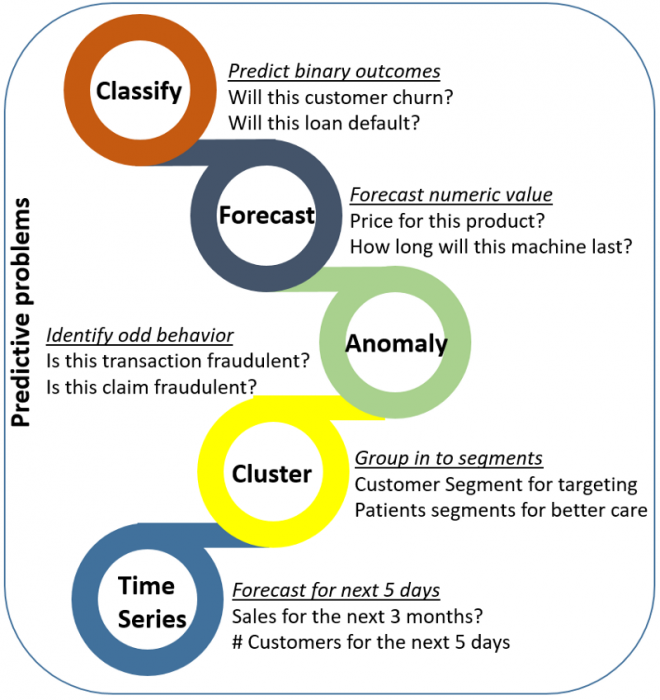 A social media team is a pool made of so many different talent and creatives, that they would need an agile management setup to thrive and exploit their full potential.

The analytics and smart kpis are the bridge with the business units, who can now use the social media team numbers, to create predictive models and business models, that are useful for the future of the startup/business.

… Shall we remind you what  a STARTUP should be in the 21st century ?

#STARTUP: There are a lot of alternative theories and concepts around the word

age’ of the 1970’s, ‘STARTUP”, by Forbes Magazine and later enhanced

via the word ‘Unicorn‘ by Aileen Lee.

Initially coined in 2013 by venture capitalist Aileen Lee, the term ‘Unicorn’, highlighted the rarity of such companies at the time.

Aileen, is the founder of CowboyVC, a seed stage venture capital fund based in Palo Alto, California

The term Unicorn‘, was coined in 2013 by venture capitalist Aileen Lee, choosing the mythical animal to represent the statistical rarity of such successful ventures. 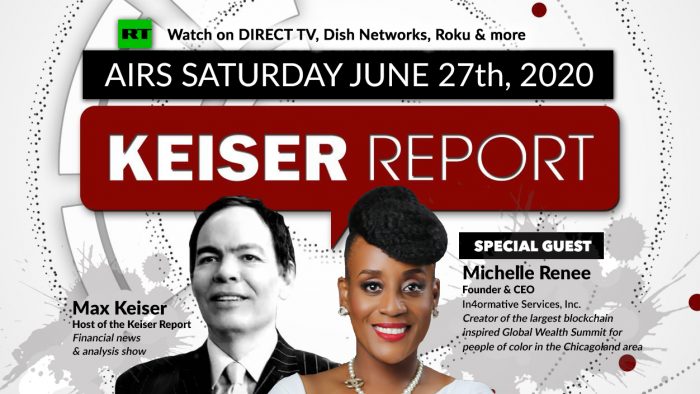 Lady of the #Blockchain, Michelle Renée on #KEIZER Report.

Lee sorted through 60,000 software and internet companies that received funding between 2003 to 2013 and found that just 39 startups at the time were valued at $1 billion or higher.

According to TechCrunch, there were 279 unicorns as of March 2018, and most of the unicorns are in China, followed by the USA. 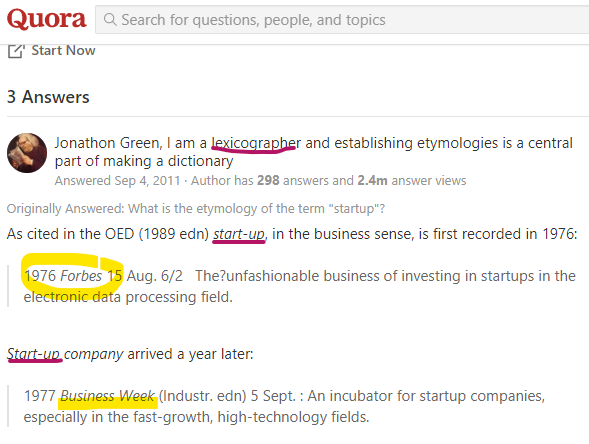 Basically the GOAL of a startup, as originally coined from Forbes to the Sillicon Valley, is to create agile-managed and fully digitalized business units from the front to the back-end, in order to bring about the internet-of-everything paradigm of ubiquitous computing, into the Business world. 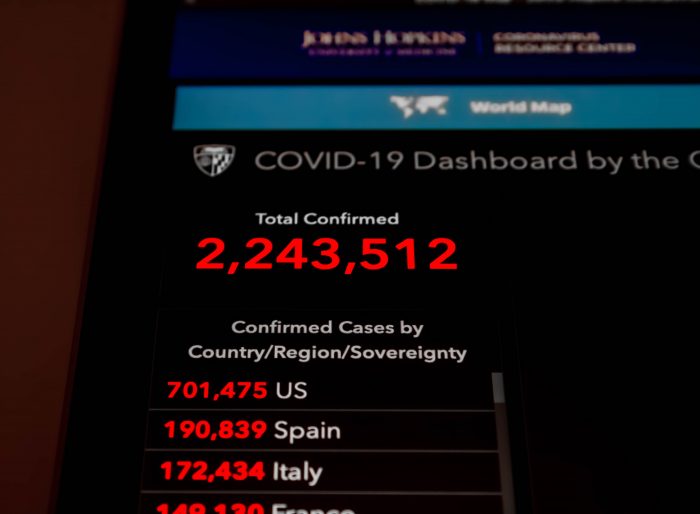 #COVID19 numbers as shown on a screen

This supposed that the startup or future ‘Unicorn’ should rapidly grow and, as Reid Hoffman would put it,  ‘blitzscale’ its way to ‘Unicorn status’.

That zeal, energy and speed, will ensure that the public get as fast as possible into this new paradigm that associates science, art, wireless technology, computer science, mathematics, logics, commerce, moving images, content, etc…

A zeal, that will lead seamlessly to the  ‘Digitalization of everything‘, through ‘Quick-adoption’, on ‘I-Phone’ level of adoption scale.

Citizen data are sovereign assets, as culture, flag,armies, currencies,… and should be protected as such ! (#ADMPer)

After three years of existence, and prior to reaching Unicorn status, the startup will move on to  a SMART-UP, that will display attributes, such as: 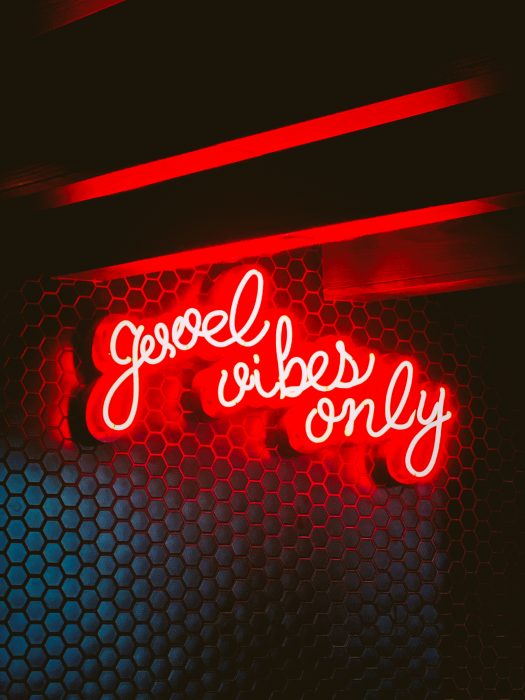 Ongoing growth and innovation are part of its DNA, and should remain so, as long as possible.

>> This is how the STARTUP will sustain its competitor and will therefore avoid spending times in litigation to protect its revenue stream.

Other attributes are keys to understand what a STARTUP fundamentally is:

A STARTUP can not operate within  20th century  Business legacy layer’, and can not  improve or re-produce ‘old -school systems’

The SMART-UP is of course, tailored-made to support the Q-Influencer via the Blockchain technology to protect the integrity of its dataset, and also because it is determined by or dependent on the collection or analysis of data, too.

3. THE NECESSITY OF THE INTERNAL SEARCH ENGINE

A search engine is a software that answer to queries from users in order to display the result of that query to the user; Usually files will be indexed, in order to enable fast response from the search engine…. 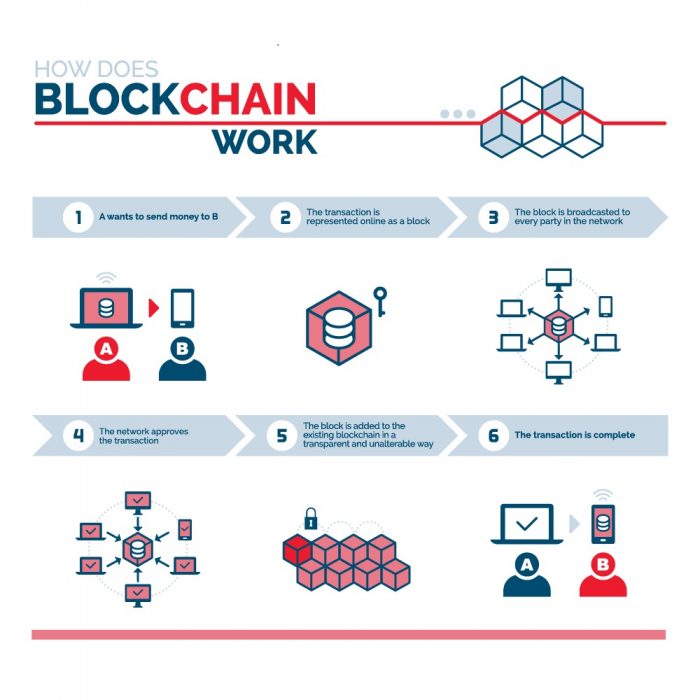 On this blog, we believe in ‘human-centrics‘ system depending highly on users feedback loop, in order to increase adoption to the new technology.

We are, therefore,  “Human-consensus” based and value “user experience” over “Machine experience”

We understand that algorithm can have “Machine-consensus” that make sense to a machine but is low on user experience.

And we therefore, tilt towards a “Human-consensus”, that tends to human needs, wants, fear and desires.

Managing ‘Big Data’ supposes that you are dealing with “Civilizational level of data” – Eric Schmidt, the former Google CEO, said it in 2010: 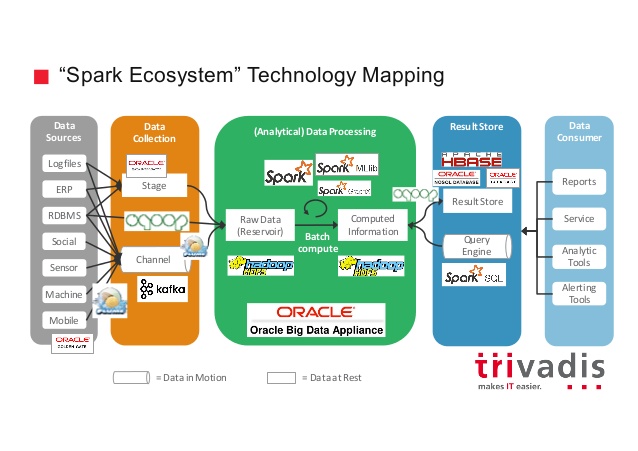 If we take our cue from Schmidt’s word, Google, or Google’s model, then we come to the conclusion that in the 21st century, until something better is invented or created, to support the human being, a search engine is still the best tool to help “make sense” out of that maze of Big data‘. 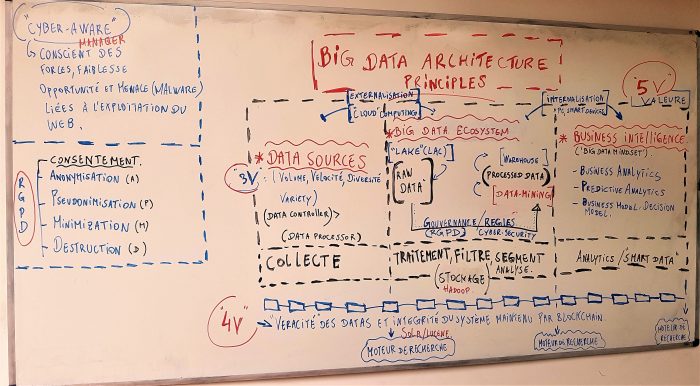 If you go back to our example in the previous blog post, or the one just above, about Big Data architecture, you would have to add proprietary search engines, or even “Open source” solutions like Lucene Solr,  for example… after each stages of the Big data process:

And you will end up with the ‘Whiteboard’ you can see just above, which integrates #Blockchain technology and proprietary search engines, at the bottom of the drawing.

4.1. DATA SCIENTISTS INSIDE THE INFOSYSTEM?

And this is how you really empower your data scientists and Business Intelligence crew who will be seeking new insights from the ‘Big Data Lake’ or ‘Big Data Warehouse‘ where you store and externalize your Big data set, as explained by Data scientist  Maxim ScherbaK.

* The ‘Known-Unknown‘ separation in Business Intelligence and Data Science by M. Scherbak

…And remain in the ‘ looking for ‘Proof-of-Concept’, box for ever…

The digitalization of everything will happen through quick adoption and smart business models ! #SMARTUP!

To finish with this flurry of information, we will also keep an eye, from a social media perspective at the different type of information entering the  INFOSYSTEM of the startup supporting the Q_Influencer :

According to the  #UNESCO,

Do not forget to DOWNLOAD our podcast, blessed by the presence of Claire Desombre, expert in Blockchain Ecosystems

#Bitcoin is still valued around $9,239 and therefore has no known “Killer switch” to TURN IT OFF, in times of crisis, NOR is it correlated to stock-market freefalls… So, basically, ‘The Internet is still… UNDEFEATED, folks  !!’