THIS WEEK ON ADMP:  In the 21st century, the #Internet is still offically UNDEFEATED!

That is why it wants to see a release of the Zack Snyder‚Äôs cut of the ‘DC Universe’ movie franchise: ‚ÄòJustice League‚Äô !

Now, one hashtag is trending on the ‘Cultural Twitter’ and that is: #ReleaseSnyderCut! 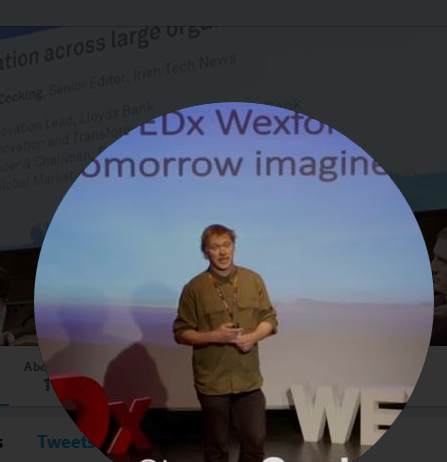 ‚Üí It is just another one of those ‚ÄòWTF??‚Äô stories that populates ‘internet nodes‘ around you !! :))-

A true story though, is that of one Simon Cocking, whom did not need introduction: The irish lad is the chief editor at Irish Tech News website, and is an ‚ÄòOG‚Äô (Original Gaffer) of the Bitcoin space.

In other words, a true ‘crypto-legend’!

During the course of the interview, we were once again interrupted by the #ADMP Chatbot, which is ‚Äòblessed‚Äô with a faulty algorithm and can behave sometimes in strange fashion.

You may now want to jump straight into a fascinating 2-Part interview, below:

#ADMP1: Please introduce yourself and your background (Academia and Technology)

He was the top ranked member of the ‚ÄòPeople of Blockchain‚Äô  for 2018 based on total funds raised & also the  #1 ranked advisor on ICO Holder.

SC: He is a business mentor and advisor working with over 200 successful companies to date, and has been named on many global Twitter influencer lists in the last 12 months. 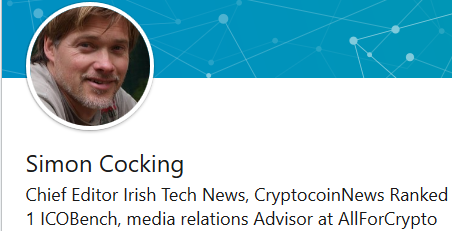 SC:  He has been based in Ireland for over 22 years and has cofounded or founded seven successful companies. 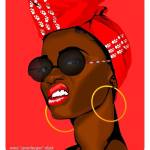 #ADMP CHATBOT: Don’t we like that 3rd person stuff, inside a CEO?! What is the core belief of the ‚ÄòPeoples of the Blockchain‚Äô ?

Could it be that ..there is a ‚ÄòKnown Unknown‚Äô paradigm  to be applied to the B-chain space‚Äô??

Let me explain‚Ä¶the Known known of the Blockchain are :

Things that we know that are recorded onto the #Blockchain. Like…Peer-to-peer transactions

The Blockchain’s Known Unknown: That is to say, things that we know are not recorded onto the #Blockchain. Like…

…Say if we record all peer-to-peer transactions, the actual ID of the receiver and that of the sender, will never be known!

The Blockchain’s  ‚ÄòUnknown known‚Äô: That is to say, things that we don‚Äôt know are actually recorded onto the #Blockchain – Like…

….It could be the reams and reams of Big data and metadata created by a working blockchain server, solving complex mathematical problems for its ‘proof of work’.

The Blockhcain’s  ‚ÄòUnknown unknown‚Äô: That is to say, things that we don‚Äôt know if there are recorded onto the Blockchain or anywhere else. Like…

…This could only happen if one day we go through every single transactions recorded by the blockchain server, and find Data patterns and repetitions…

#ADMP2: Whoops there it is !! Try to make sense of it, at home folks! :)) ‚Ä¶In the meantime Simon, What is the purpose of the ‘Irish Tech news‘ website ?

SC: Irish Tech News is an award-winning online publication aimed at keeping you informed of all the latest news from the world of Technology. Check us out, just below ! 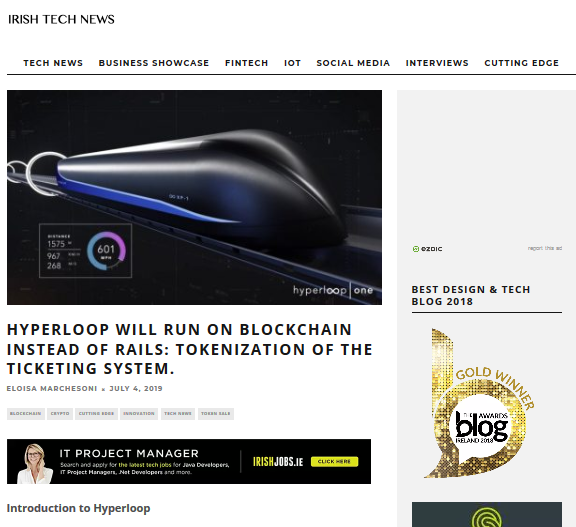 With the main focus on Irish-based news.

ADMP CHATBOT: The Bitcoin ‚ÄòBubble‚Äô blew in 2017, but it seems that the ‚ÄòCrytpo growth bubble‚Äô is re-inflating once again, as we speak (Btc price) with Bitcoin reaching a huge price, over the $10000 Mark, once again ‚Ä¶

I guess, my questions is… Is the bitcoin (Btc) price going back up to peak summer 2017 levels?

#ADMP3: Errmm, Simon… Let me jump in‚Ä¶not a bad question CHATBOT, especially if we add, to that –>  ‚Äò How did you get acquainted with the Bitcoin, how long have you been in the ‚Äò‘space‚Äô so to speak? 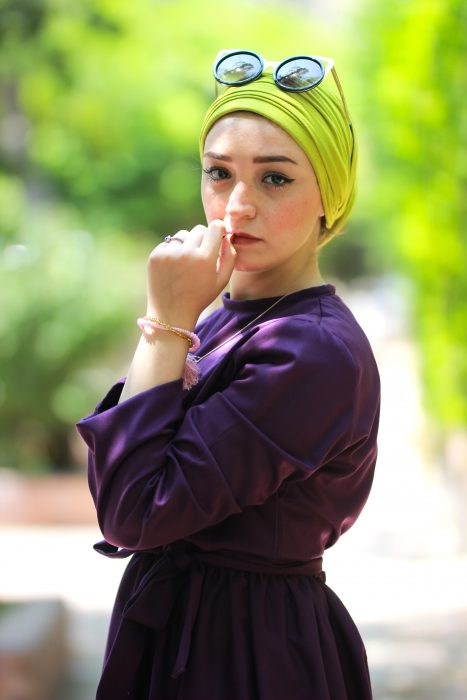 #ADMP4: Vaguely…That was short! As a prominent crypto-influencer, which crypto-currency do you think is currently trending in the crypto ‘Kulture’ or ‘crypto-Bubble‘?

SC: Follow the top crytpo-exchanges, it depends on which part of the world you live in, but this week it’s BTC for sure, next week who knows, but bitcoin is not going to go away anytime soon !

ADMP CHATBOT: Bullish on Crypto! That‚Äôs my Boy ! The ‘Kulture’ runs deep inside you ! :))

> A ‘Crypto-Jedi’, views crypto technologies as a way to improve the world around him or her, as they see it !

ADMP CHATBOT:  Satoshi nakamoto is THE writer of the Bitcoin whitepaper, the most awesome whitepaper of the 21st Crytpo-century !!

‚Ä¶ ‚ÄòSatoshi‚Äô herself,  is either a single individual or a group of coders and developers known as the ‚ÄòCypher-Punk‚Äô, whose dream was to ‚ÄòBank the Unbanked‚Äô around the world.

Another goal, was to spread and quick-start the financial inclusion movement that shook Kenya’s  economy to its core, via its digital currency, the M‚ÄôPesa, for example…around the same time, i believe  !!

Here’s the CHATBOT ‘Two-cent‘ on the Kenyan ‘early rise‘…. 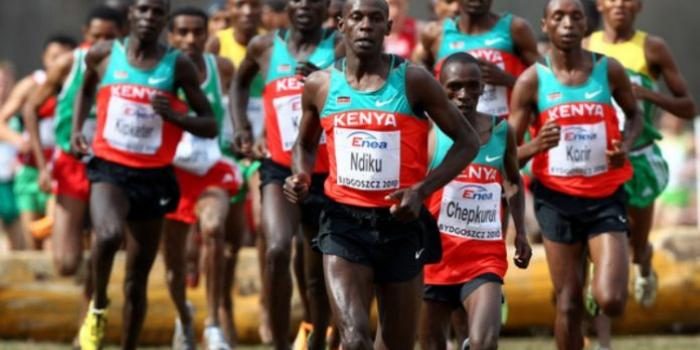 Don’t we ‘all know’ why Kenyan’s brother like Kipchoge Keino , totaling 4 Olympics medals, including two golds,  raced and won all those long distance runs (800, 1500 and 5000 Meters) at the Olympic Games?

And why do you think, they always came first ??

There are many reasons of course!

But one of them, simply stems from the fact that they rose first from bed: They woke up at 5:00 AM and raced for training at 6:00 AM, among other reasons, when most long distance racers around the world, started training at 9:00 AM!

At 9:00 AM, the Kenyans racers were now ready for their second race of the day !!

With most of those racers coming from the sunny highlands in the Great Rift Valley in Kenya, 7000 feet above sea level… 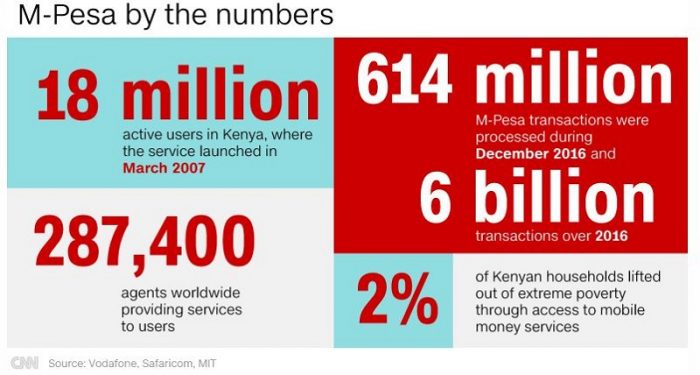 #Mpesa analytics by the numbers

#ADMP6: For sure, Chatbot, MPesA is miles away from the ‘farcical’ Altcoins and exclusive ‘BroCoin’ or ‘Sh*tcoin’…that clog up crypto-exchanges around the ‘space’.

it is a real digital currency with verified ‘social impact‘, …it is actually ‘useful’ to ‘real peoples’… and is lifting many out of their problems.

#ADMP: MPESA is ‘Satoshists‘ in that respect, even if it is not encrypted and decentralized… although it is still based at its core, on a FIAT-system…

ADMP CHATBOT: So …not ‘totally satoshists‘ either… ??

–> …Here’s the question, Si:  Have you heard of Mr ROGER VER, also known as the ‘Bitcoin Jesus‘??

SC: Yes, why? (Suspicious) Roger & I have been advisors on several of the same ICOs. ! …

let‚Äôs carry on debating below!!