CRYPTO WARS EP9 S1: THE RISE OF THE CHINESE ‘CRYPTO-DRAGON’?

PREVIOUSLY on CRYPTO WARS: In the latest episode (From Episode V), we explained that the ‘Bitcoin crypto asset’ was an application (or ‘App’) built from a core blockchain algorithm; This Blockchain  ‘protocol’, was created by a mysterious japanese computer scientist and ‘Beautiful mind’ of the early internet days’ : Satoshi Nakamoto San’

This ‘data-fact’, establishes the roots of the Bitcoin community not only in Japan, but also in China and South-Korea, the other ‘Big three Crypto-Tiger Economies’ of South-East Asia: The largest Bitcoin factory and ‘Ghost town’ in the world, is located in #Ordos, deep inside  Chinese’s Mongolia 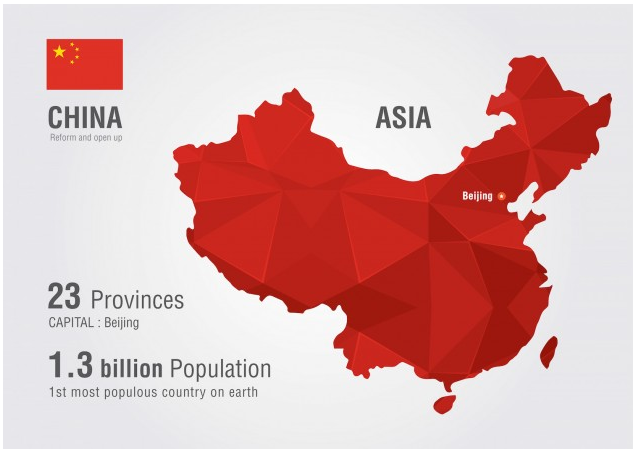 China’s former leader, chairman Deng Xiaoping, also written Teng Hsiao-p’ing, also known as ‘Xixian’, was the paramount leader of the People’s Republic of China from 1978 until 1989. He led his country into revolutionary market-economy reforms. He famously said :

Translation : (Don’t care whether the cat is black or white, as long as it catches the mouse, it is a good cat!’)

The cat metaphor followed the previous ‘romantic’ strategy of the ‘Great Leap Forward’ theorized by chairman Mao. Deng Xiaoping approach would be much more practical and based on a typical ‘iron fist in industrial glove’ policy: China would ‘by any means necessary’ drive entrepreneurship, as part of the country’s struggle for emergence and prosperity, in the last 30 years. 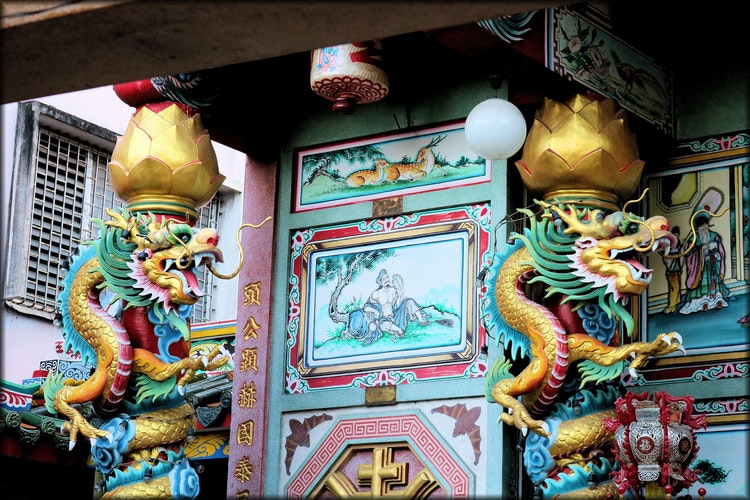 Sometimes that drive would lead to dead-ends, in the middle of the Chinese industrial ‘heaven’: Like these ‘Ghost towns’ built at the speed of light during the economic boom time, and quickly abandoned and emptied of its residents, when the economic downtimes arrived, like in 2014.

The same ‘Ghost-Town’ phenomenon happened during the California Gold Rush in the United States. Back in the 19th century, when entire towns would go from  ‘Boom Towns’ full of residents and bright buildings, to turn into ‘Ghost Towns’ with no more local residents and empty derelict buildings, once the local goldmine had been fully exploited! 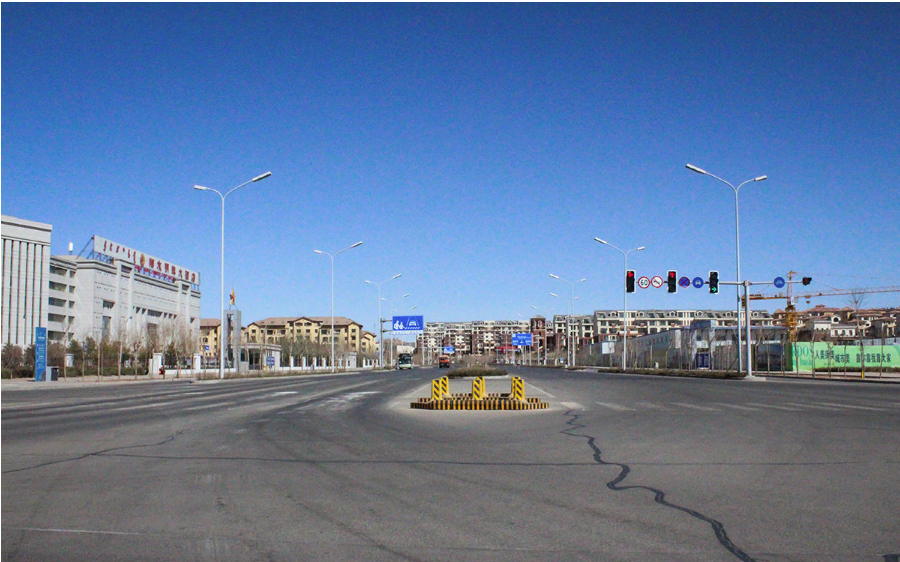 (Courtesy of the “Bohamian Blog)

Ordos, is still home of roughly a million residents. More or less. ‘Give and take’: It is a ‘Ghost town’ on a Chinese scale! ==> After driving through its impressive empty streets, we finally reached the 355-square kilometer site of Kangbashi district, which was an out-of-town futuristic building development planned to house around a million peoples. Today the site, is home to just above 20000 residents, using only 2% of the planned urban development

The huge warehouse on the outskirts of the former ‘Ghost-city’ of Ordos, has been operated since 2015, by Beijing #Bitmain Technologies, the world’s first large-scale Bitcoin mining operation.   It is a huge set of warehouses filled with rows and rows of computer hardware dedicated to one thing and one thing only: Bitcoin mining – Which consists in validating in real-time, Bitcoin transaction, and the production of new Bitcoins.

The factory or mining operation of a new kind, also mine Litecoin and other altcoins. In 2017, the Cambridge Center for Alternative Finance, wrote in its white-paper that China’s know-how in computer hardware had turned it into a ‘Bitcoin dragon’:

“ Half of the Bitcoin’s network processing power in the world, was located in China, until the Great 2018 crackdown !! “ 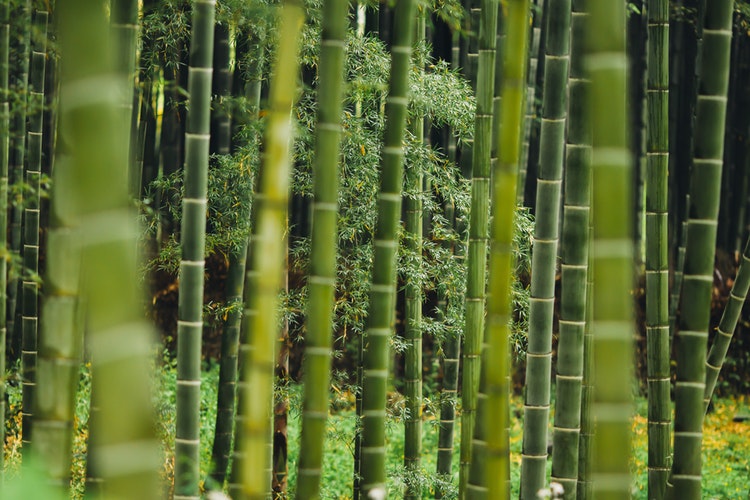 2. THE RISE OF THE ‘CRYPTO-UNDERGROUND’

However in January 2018, China extended a crackdown on most Bitcoin community activities. ICOs are used to crowdfund and raise money for crypto startups. Bitcoin mining operations consist in verifying transactions and creating new coins. Both activities are vital for the Bitcoin ecosystem!!

However in January 2018, China extended a crackdown on most Bitcoin community activities. ‘Initial Coin Offerings’, or ICOs for example, were used to crowdfund and raise money for crypto startups. ICOs are now banned. Moreover, Bitcoin mining operations were targeted too!! Bitcoin ‘Mining’ consist in verifying transactions and creating new coins. ==> Both activities are vital for the Bitcoin ecosystem!! However businesses closures are still going apace. Crypto businesses are forced to shut down. Many are nevertheless going underground: As Bobby Lee, CEO of BTCC, China’s oldest Bitcoin exchange, explained in January 2018. When asked about China’s Bitcoin Ecosystem, once the premier in the world, he simply dropped:

It seems as if China was ready to roll out its own new cryptocurrency; And…has decided first, to clean the country of its many Bitcoin operations…

… But..if you look at our graph, below, the share of Yuan in the Bitcoin trading ecosystem is greater than the dollar’s ! 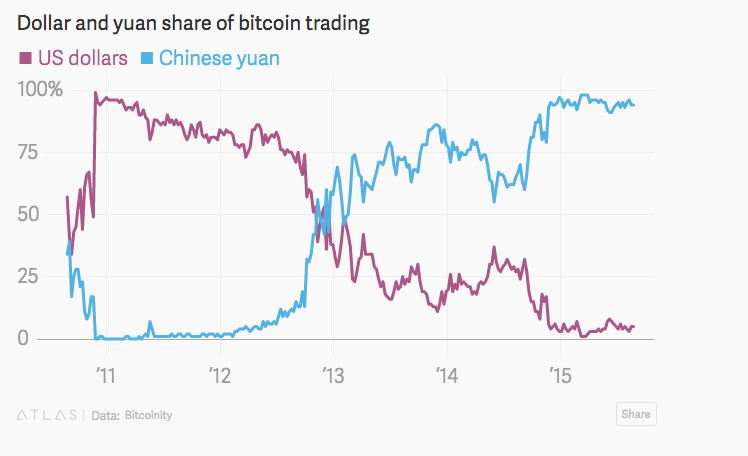 For how long? Only time will tell…

Next week, the Season 1 Episode 10, of the CRYPTO WARS SAGA Carries on in the ‘complex Far East’, where the iPhone, Kung-Fu, Shaolin, meditation,..and the World’s 1st factory, came from…CHINA, with: “CRYPTO WUTANG? ‘ In The MYSTERIOUS SATOSHI SAN, PART VI” or 神秘的なサトシさん, PART VI, by #TheDarkCryptoJeDi’

Please, keep sending your info to the #JeDi here: teamadmp@gmail.com and they will appear on its next content delivery, as always submitted, via E-mail. Next week, we will keep exploring the fascinating ‘Crypto’ Asia! Stay tuned and keep reading, liking and commenting this blog, please!